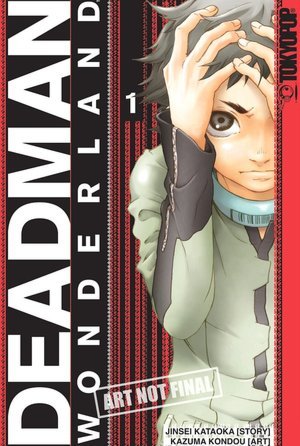 Summary:  "Ten years have passed since the Great Tokyo Earthquake, and the people's memories of the disaster have faded. Ganta Igarashi, a middle school evacuee, has finally begun to live a normal life... that is, until the day 'Red Man' appears at his school and Ganta's fate is changed forever." -taken from goodreads


Review:  Bizarre and twisted with lots of gory action. Ganta's entire classroom is brutally massacred in from of him by a mysterious "Red Man" and next thing he knows he is in prison for apparently murdering them. But this is no ordinary prison. It is a televised deathmatch, prison and amusement park all in one! Sounds crazy right? Well it doesn't stop there...

This is one very messed up read. In a place with madmen with special abilities, competitions for survival and expensive candy that you will die if you don't take every three days, Ganta is in a most grotesque place. One I would not handle to be in! The one thing that bothers me most is that Ganta is only 13 or 14 years old. So young for all the crap he is about to face!!

I am oddly interested in this series as it seems to partially sate some twisted part of my imagination. However I feel I must warn readers that this is very violent for a manga! If you like unique weirdness and horrific comics like The Walking Dead then you might very well enjoy this series. However I do advise having an interest in both the bizarre and heavy, deadly violence or this might but you off.

An intriguing beginning but I see this as having a very specific following.

*I received a digital copy of this manga for free in exchange for a fair, honest review. All thoughts and opinions expressed are strictly my own.*
Bonus- To give you a partial idea, check out this opening song for the anime version-