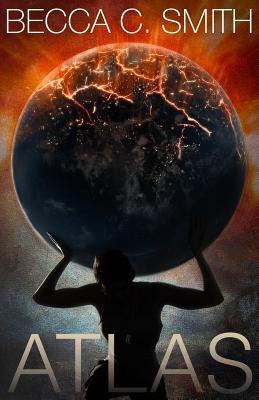 Book Description:
Kala Hicks is part of a covert elite military team that answers directly to the President of the United States. But during an emergency mission aboard Air Force One, Kala is shocked to discover that the real threat is none other than the President himself. Defying her commanding officer, Jack Norbin, Kala takes the shot, and her life changes forever.

The moment the President is killed, a supernatural force speaks to Kala, telling her that she has to commit one act of atrocity every four days… or the world will end. Thrown into a reality she never could have imagined, Kala faces off with creatures of legend; from demons determined to make her fail and plunge the Earth into chaos, to angels who don’t trust her to do the job and are willing to kill her to claim it for themselves.

Pitted against the forces of good and evil, Kala must choose whether to save the world by doing the unthinkable, or sit back and let it burn. And four days later, she’ll have to do it again.


Review:  Very enjoyable adventure! A bit of Greek lore, lots of supernatural and good action! Kala is such a great, strong lead character. I liked her immediately and that enjoyment lasted the entire book.

The book wastes no time getting into the characters and the story. The first chapter gets you interested in Kala immediately and chapter 2 has them rushing off to Air Force One after a highjacking! Kala soon finds the world she knows turned upside down when she is told she mist do things (often times killing people it would seem) or the world will end. Unsure what to believe Kala ignores the warning until her reality is filled with Demons, Angels, magic and more. The most important thing being who (or what) is Atlas really?

A gripping book that was hard to put down. Becca Smith draws you strongly into Kala's world and does not let go. Which is why the end was so hard on me. While I loved the story, it has the most abrupt ending. I won't say more on it for I don't want to spoil it but I kept clicking 'next' on my kindle hoping for just a bit more and was denied.

While I loved Kala, I would have liked to see a bit more insight into other characters. Especially Jack. Also, for how strong willed Kala is, her reaction to one of the supernatural just does not seem to fit and seemed very unnecessary for a stand alone novel. So unless the author writes a sequel I do feel Kala's personality drifts a little too much. Still, I loved her.

Overall, great book. Great for supernatural fans, urban fantasy, greek mythology, or even military thriller/action fans! It's a fast read and well worth ones time. I will definitely be looking into Becca C. Smith's other novels!


What awaited them was terrifying.


President Jareth Wilton stood behind his desk. He was wearing a vest that held five grey bars of C-4 wired into a bomb. Wilton was a tall man, well over six feet with stark black hair and a long face. He was a young President, only fifty years old, but he looked like he’d aged twenty years since the last time Kala had seen him at a press conference, with dark rings under his eyes and worry lines on his forehead.
But his smile was what made the scene surreal and horrific. His thin lips were grinning as if he’d just climbed Mt. Everest.
President Wilton stared directly at Jack as the door swung open the rest of the way. “I figured it out! I figured out how to break it! No one will ever have to do what I’ve had to do again! Do you realize what this means?”
Kala knew then and there that the man was cracked. Figured what out? Break what? He was rambling like a mad man.
But the more frightening moment came when Jack responded back to Wilton. “Killing yourself is impossible. People have tried that in the past.”
Not only was President Wilton talking crazy, but apparently Jack knew his language and was responding accordingly.
Kala noticed that Wilton’s eyes lit up when Jack spoke. “You’re the one they sent to replace me.”
Jack nodded.
What? Kala was seriously confused.
Kala spoke up, “What’s going on Jack?”
Replace him for what?
Jack didn’t acknowledge Kala or the rest of the team, which was shifting uncomfortably behind him.
Wilton shook his head, serious. “You can’t do it. You have to let me detonate this bomb. We have to crash the plane! It’s the only way to stop it!”
“You can’t stop it!” Jack yelled back.
“I can and I will!” Wilton talked into an earpiece. “NOW!”
The plane nose-dived.
Everyone jolted forward and stumbled from the force of it.
Jack barked orders, “Lali get up to the Flight Deck and by any means necessary take over this plane!”
Lali paused for a second, she looked more confused than Kala felt, but after a moment to gain her bearings as the plane was falling fast, she managed to high-tail it out of the room and up to the Flight Deck.
Kala was sure they’d hit ground at any moment.
Jack aimed his gun at the President’s head.
Wilton was frantic. He ducked behind his large oak desk that was bolted to the ground.
“You can’t kill me! You’ll ruin everything!” Wilton yelled.
Jack turned to Kala and Derek. “No one shoots him but me!”
Kala kind of nodded, but she was in shock at the fact that they were about to flatten a part of the capital with Air Force One. She really didn’t care what Jack was saying. She couldn’t let President Wilton set off that bomb and kill thousands.
Jack shot at the desk, trying to hit the president, but he didn’t come close.
Only Kala could make a shot like that and not get them all killed from shooting a hole through the plane.
Kala and Derek made eye contact. Kala could tell Derek was thinking the same thing. He whispered so only Kala could hear, “Do it.”
Kala’s nod was barely perceptible.
Jack saw her and his eyes went wide. “Kala STOP!”
Kala shrugged. “I can’t let him do this, Jack. I’m sorry.”
Only the top of Wilton’s head was showing.
It was enough.
Kala took her shot.

Becca C. Smith received her Film degree from Full Sail University and has worked in the Film and Television industry for most of her adult life. In 2010 Becca published her first novel, Riser followed by the sequel, Reaper, in 2011, and the finale, Ripper in 2013. In 2012 Becca wrote the children’s novel Alexis Tappendorf and the Search for Beale’s Treasure. She is also the co-author of the teen graphic novel Ghost Whisperer: The Haunted. Becca currently lives in Los Angeles, CA with her husband, Stephan and their two cats Jack and Duke.
Website  || Blog  ||  Facebook  ||  Twitter  ||  Goodreads