Okay, short and sweet this week!

"You stop fearing the devil when you’re holding his hand…

Nothing much exciting rolls through Violet White’s sleepy, seaside town… until River West comes along. River rents the guest house behind Violet’s crumbling estate, and as eerie, grim things start to happen, Violet begins to wonder about the boy living in her backyard.

Is River just a crooked-smiling liar with pretty eyes and a mysterious past? Or could he be something more?

Violet’s grandmother always warned her about the Devil, but she never said he could be a dark-haired boy who takes naps in the sun, who likes coffee, who kisses you in a cemetery... who makes you want to kiss back.

Violet’s already so knee-deep in love, she can’t see straight. And that’s just how River likes it.

Blending faded decadence and the thrilling dread of gothic horror, April Genevieve Tucholke weaves a dreamy, twisting contemporary romance, as gorgeously told as it is terrifying—a debut to watch."
***I was actually buying office supplies at the 99¢ store when I saw this!!  Instant buy.  It was funny in a way.  I had recently entered a giveaway (didn't win obviously) that asked for the name of a book on our wishlists so I named this one.  Now I have it and for only $1!!!  When I got out to the car I did a happy twirl before getting in the car as I was so happy to get this Brand New for such a great price.  My husband thought I was nuts.***

"A mysterious island. An abandoned orphanage. A strange collection of curious photographs.

A horrific family tragedy sets sixteen-year-old Jacob journeying to a remote island off the coast of Wales, where he discovers the crumbling ruins of Miss Peregrine’s Home for Peculiar Children. As Jacob explores its abandoned bedrooms and hallways, it becomes clear that the children were more than just peculiar. They may have been dangerous. They may have been quarantined on a deserted island for good reason. And somehow—impossible though it seems—they may still be alive.

Now, it’s the dawn of the 5th wave, and on a lonely stretch of highway, Cassie runs from Them. The beings who only look human, who roam the countryside killing anyone they see. Who have scattered Earth’s last survivors. To stay alone is to stay alive, Cassie believes, until she meets Evan Walker.

Beguiling and mysterious, Evan Walker may be Cassie’s only hope for rescuing her brother—or even saving herself. But Cassie must choose: between trust and despair, between defiance and surrender, between life and death. To give up or to get up." 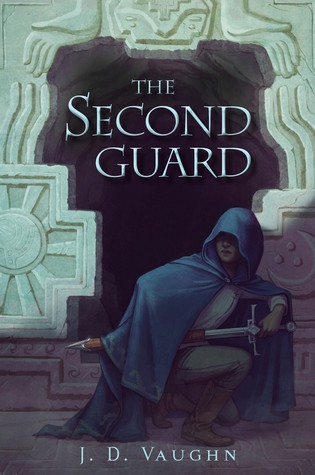 "In the peaceful realm of Tequende, all second-born children at the age of fifteen must journey to the Alcazar to fulfill the mandate of the Oath of Guilds. There they train to earn a place among the queen’s legendary Second Guard, or work as indentured servants.

Talimendra has always wanted to join the Guard, but there are dark rumors in the queendom that she may not be ready for. Rumors that whisper of greed, traitors, and war.

There is very little time and too many unanswered questions, but one thing is for certain: if there is a traitor among the Second Guard, then everyone—including the queen—is in grave danger." 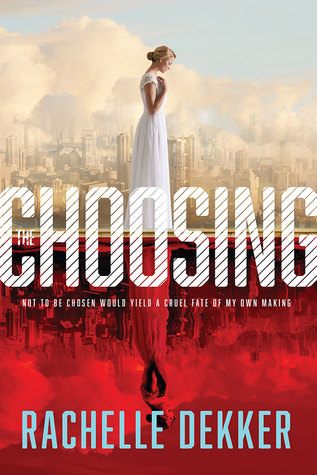 "“Not to be Chosen would yield a cruel fate of my own making.”

Like all citizens since the Ruining, Carrington Hale knows the importance of this day. But she never expected the moment she’d spent a lifetime preparing for—her Choosing ceremony—would end in disaster. Ripped from her family, she’ll spend her days serving as a Lint, the lowest level of society. She knows it’s her duty to follow the true way of the Authority.

But as Carrington begins this nightmare, rumors of rebellion rattle her beliefs. The whispers contradict everything she’s been told; yet they resonate deep within.

Then Carrington is offered an unprecedented chance at the life she’s always dreamed of, but she can’t shake the feeling that it may be an illusion. With a killer targeting Lints and corruption threatening the highest levels of the Authority, Carrington must uncover the truth before it destroys her." 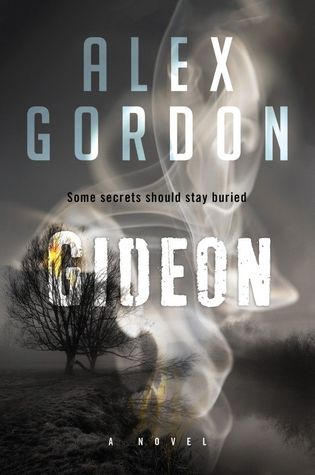 When Lauren’s father dies, she makes a shocking discovery. The man she knew as John Reardon was once a completely different person, with a different name. Now, she’s determined to find out who he really was, even though her only clues are an old photograph, some letters, and the name of a town—Gideon.

But someone—or something—doesn’t want her to discover the truth. A strange man is stalking her, appearing everywhere she turns, and those who try to help her end up dead. Neither a shadowy enemy nor her own fear are going to prevent her from solving the mystery of her father—and unlocking the secrets of her own life.

Making her way to Gideon, Lauren finds herself more confused than ever. Nothing in this small Midwestern town is what it seems, including time itself. Residents start going missing, and Lauren is threatened by almost every townsperson she encounters. Two hundred years ago, a witch was burned at the stake, but in Gideon, the past feels all too chillingly present . . ."

So what exciting books have you gotten lately?  Have you read any of these or which ones sound interesting?