Then Came the Evening by Brian Hart (review)

Then Came the Evening
By Brian Hart

Summary:  "A riveting, psychologically rich family drama set in the American West, from a writer who has been compared to Cormac McCarthy.

Bandy Dorner, home from Vietnam, awakes with his car mired in a canal, his cabin reduced to ashes, and his pregnant wife preparing to leave town with her lover. Within moments, a cop lies bleeding on the road.

Eighteen years later, Bandy is released from prison. His parents are gone, but on the derelict family ranch, Bandy faces a different reunion. Tracy, his now teenaged son, has come to claim the father he’s never known. Iona, Bandy’s ex-wife, has returned on the heels of her son. All three are damaged, hardened, haunted. But warily, desperately, they move in a slow dance around each other, trying to piece back together a family that never was; trying to discover if they belong together at all.

With unflinching honesty and restrained beauty, Brian Hart explores the possibilities and limitations of his characters as they struggle toward a shared future. Like a traditional Greek tragedy, suffused with the mud, ice, and rock of the raw I daho landscape, Then Came the Evening is tautly plotted and emotionally complex—a stunning debut."-Taken from Goodreads.


Review: Sadly, this was not a story for me. The writing style is good, but I am not a huge fan of the language choices and all the sexual references and the story itself failed to draw me in. I would like to state up front that I did not finish this book. So my opinions are only based on the first third of the book, and skim-reading the rest.

'Then Came the Evening' has three main Characters: Bandy the father who is in jail, Iona his wife who left him for another man, and Tracy their teenage son who never knew his father growing up. Tracy gets permission to fix of Badny's family home in the country. He left his mother who seemed to live on sex, drinking, etc. His mother suddenly has a change of heart and follows him home and soon Bandy is released from jail after nearly 20 years. That is the first third of the book, then the rest seems to be re-getting to know one another and coexist.

Please, again, note I only read the first 130 pages then skim-read the rest. For me it was not an interesting read. I never truly saw the characters mature and I could not get into them. Not one... at all. To me, they had little depth. The mother may have had the most but I was against her for all the wrongs she pulled so maybe I am biased but ultimately this fell flat for me. I tried several times to read this book over several months. Never could I get into it. The writing, while clear and concise was very vulgar which I have never cared for and was too technical at times. I under the author, Brian Hart, was a carpenter and welder in real life so while Tracy is fixing the house you really see that come through, yet it seemed to detract from the story-telling.

The book seems very down to earth, and real life for some people. Maybe it is because I have never been around people like Bandy or Iona but I just couldn't get into their situation they were in.

If you like real life drama, and hardship this may be an interesting book for you, but for me, I need more story and at least 1 or 2 personable and likeable characters to really get me into a book. 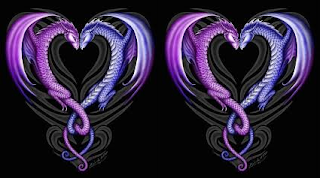 *This was a Goodreads First Read Win! Thank you Bloomsbury for offering up a copy of this book. This review is of my own honest opinion. No money, or other gifts were given/accepted/offered for this review.