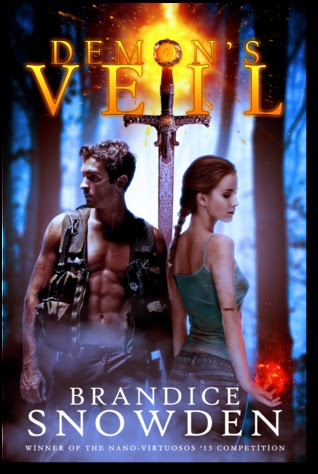 Summary:  "Powerful veils hold Earth apart from realms mortals believe are merely tales of myth and legend. They are opening again, leaving humans vulnerable, and the monsters ready to strike.

Marie Leveau prefers to remain alone and anonymous, for she knows what goes bump in the night, and sacrificing others isn’t part of her personality. But life isn’t always about getting what you want.
Contracted by The Organization, a shadow government agency, Marie is assigned a new Special Ops team, one she must introduce via Paranormal 101 to the very monsters they didn’t believe existed. Marie and her team are sent to Asia in search of an ancient relic, leading them into the jungle and tests of a fragile new bond. Despite the initial distrust, and an unholy battle with a demon-god, the team survives, their lives forever changed and woven into an unbreakable tapestry.

Returning home, the new friends sense the very people responsible for their safety are willing to sacrifice them all in the name of power.
They learn of a prophecy, and The Paladin, the one person able to close the veils and keep the mortals safe.

With few clues, the team must unravel the prophecy and figure out how to close the veils. Or the monsters will use Earth as ground zero, innocents be damned."

Review:   I know many did not care much for this book, and while I admit there is room for improvement, Brandice Snowden did a good job to create a unique situation and mixed it with some excellent characters.

This book has a good mix of characters. Marie is the main character we start of with. She is a 'witch' of sorts. Morgan Johnston is another top character. Military man with a tough past to cope with but of strong resolve. Some other Characters include Delgado and his wife Milana who both have huge hearts. Keiron is another we meet. He is BY FAR my favorite. He is human/fey crossbreed and how I wish I can see a picture of him. He is described as possessing an unearthly beauty and has Asian looking, amethyst colored eyes that almost glow like a poisonous viper! He is funny, witty, and smart. He is a hacker be profession. Plus he literally had me laughing a couple times with things he says! So there are the "Good Guys."

Now the bad. There is Ralph, the military ***** (insert word of choice here), who I cannot stand. Darnell, the Director and boss in charge of most of the characters. He bored me overall and didn't seem to have a lot of depth plus his end game never fully makes sense. And finally Cassandra. She is the wild card who tries to play by her own rules. The author does a great job conveying her accent. Almost too good. When she talks, she has a great voice in my head but my eyes feel strained trying to read all the apostrophes. Here is an example: “Ye never send ‘er team out wit’ t’information ye ‘ave. Truth be tol’ ye are a bit miserly when it comes t’sharing information.”

So basically Marie and her team are set up like pieces on a chessboard with Darnell playing one side and A mystery man (Raziel-who we don't hear much of) on the other. But these pawns have minds and moves of their own to make. Also this reminded me a bit like Indiana Jones for part of it as well.  So being that I love the Indiana Jones movies, it added that much more to the story here.   The first half of the book I really liked a lot. Great pace, with well developed characters. The only odd thing is they never fully question each other. It is a near blind trust of each other which is a bit hard to accept. I would have liked seeing some internal battle or trust issue but no. Also, everyone is very confident in their chooses. Never any doubt or second guessing which makes it a little unreal. Otherwise, the characters are fantastic. Each very unique from one another.

As the story progress the determine Darnell is up to something but never figure out what until the very end and even then it is never fully explained. Raziel who pops up to kill the group also is never explained in this book. Normally these facts would have dropped the book lower in my opinion but I am hoping things will be better explained in the next books so I am giving room for that.

I received an Arc copy of this book from Curiosity Quills Press in return for a fair and honest review. So special thanks to them for this opportunity!