For those of you who don't know, TGIF Weekly is a Friday post where I share 3 books I have sitting next to me that I want to read soon.  My goal was to always work on at least 1 of these books before the next Friday.

Now YOU decide what book I read first.  Leave a comment saying which book you think I should focus on and next TGIF post I will share a short blurb about what I think of the book.  The blurb will only be for the book most voted for in comments.    *Please note that if a book is not read one week in may be on the list the following week*

I had a lot of fun with this book.  Mango is the sweetest dog!   Shaunta Grimes did a great job world-building for a start to a cool series that has me eager for the next book.  Full review to come this weekend! 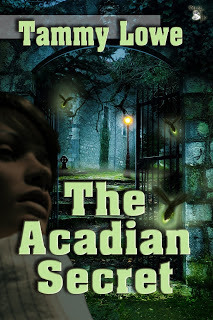 Elisabeth London is keeping her new friends a secret from her parents. Not only do they live on the other side of the world in the Scottish Highlands, they lived more than three hundred and fifty years ago. Her mom and dad would never allow her to go gallivanting about seventeenth century Scotland. They won’t even let her go to the mall by herself yet.

Twelve-year-old Elisabeth is old enough to know there is no such thing as magic, but when her quartz crystal necklace has the power to transport her back and forth in time, she no longer knows what to think. The only thing she is certain of is that she loves spending carefree days with Quinton, the mischievous nephew of a highland warrior, and sassy little Fiona, a farmer’s daughter.

However, Elisabeth’s adventures take a deadly turn when she is charged with witchcraft. At a time and place in history when witch-hunts were common, those found guilty were executed, children included. Elisabeth must race to find her way back home, while trying to stay one step ahead of the witch-hunter determined to see her burned at the stake." 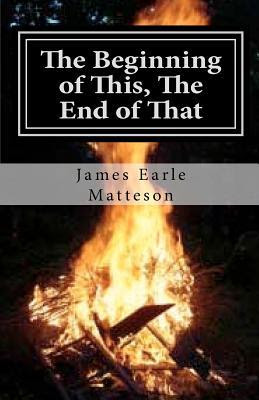 "After an iron astroid hits the earth killing almost everyone, those who survive begin to write stories. Those stories became the foundational documents of a new civilization. 1,000 years later a scholar at a university collects the myths and publishes them. This book contains those stories.


The Beginning of This, The End of That is a literary novel that examines the controversy surrounding story itself in society, in governmental rule, and in religion. The myths and legends contain the travels of two college graduate students, Ewan and Alysa, in a fantasy adventure across pagan Europe in the 7th century, where the gods themselves are under attack. The book's fictional editor, Professor Harkness, comments about each myth. The story has elements of Umberto Eco's The Island of the Day Before and Phillip Pullman's His Dark Materials trilogy.
As a senior technical writer for some of technology's most important companies, James E. Matteson has been obsessed with the written word. Now, in his first novel, he uses his communication skills to tell a fantasy adventure story based upon persistent, ancient myth, with an unexpected twist on the tale of innocence lost." "Dr. Antoinette Day-a young, successful pathologist known to her friends and colleagues as Toni-has no idea what awaits her when Dr. Sally Shore arrives at Perrine Memorial Hospital in Twin Falls, Idaho, to fill in for a colleague recovering from a heart attack. Toni's life is about to become aliving hell.Dr. Shore is supposed to see patients, perform surgeries, and take turns covering the emergency room until the regular surgeon recovers from his quadruple bypass. But unfortunately, she uses her temporary opportunity to discredit Toni and tarnish her reputation with her medical colleagues. When the visiting surgeon is conveniently murdered-herlifeless body found in Toni's office-Toni is the obvious suspect. But Toni is not going down without a fight. Forced to solve the murder in order to save her future, Toni's life becomes even more complicated when her ex-boyfriend starts stalking her and threatening her husband.

In this riveting murder mystery, a stubborn pathologist must rely on more than just her microscope as she delves into a complicated murder mystery, soon discovering that it is notjust her freedom at stake-but her life."

So, those are my current top books I need to or have chosen to read.  Which one do I read first?  Votes count until end of day Monday.
Also, what are you planning to read?