TOUR! Into Darkness by Hayley Barrett. Review, Interview and Giveaway!

She is however, supposed to be the daughter of the wealthiest, most influential man in the post-apocalyptic New Zealand city of New Phoenix.

But apparently, she isn’t.

Shell-shocked and struggling to understand why she is no longer a member of the city’s ruling family, Alexandra is torn from her privileged life by the churlish young guard, Will Metcalfe, and forced to trek for three weeks through deadly wilderness to her place of imprisonment. Her journey with Will is a constant battle for survival, where she is never sure who is the real enemy. It is also journey into the truth about the safe and lavish world from which she has been cast. Through Will, she learns of a mutant race called Drifters living in the wilderness who are being preyed upon by New Phoenix’s guards—Drifter’s blood being a life saving cure-all elixir for the city’s inhabitants.

As Alex struggles to cope with her new life in Elder Grey, an act of friendship ends in tragedy. When someone she thought was an enemy pulls her from her despair, Alex discovers that old friends cannot be trusted, prejudice is another word for fear, and trust, not blood ties, make a family." 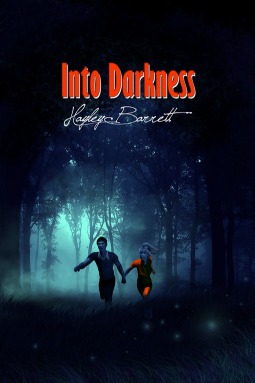 Review:  As a whole I enjoyed this book but certain parts in the way the story is told nearly drove me batty! I think a lot has to do with being too short for all it contains. But the adventure is still a good one.

Alex (Alexandra) is the spoiled daughter of the city Judge. But when she takes the fall on a petty crime, the results are far from what she expected. She is sentenced to a year in a prison camp. The journey there is dangerous and once she is there. the stakes will be even higher.

We have her guards who may or may not be trustworthy, blood-drinking Drifters, poisonous pigs, and criminals who hate that her father is the one that saw them sent away. Lots happening. The journey to the prison is the first half of the story, then the second half is the prison itself.

I loved seeing how Alex grows and mature as a character. She stands up for herself and others. She has flaws (such as being too trusting and naive) but she works though them making her a more believable character. The romance is mostly light and boy does she question it. While an important part of the story, it is not overly focused on which was a nice change of pace.

What bothered my most were odd reference about her memory. We get a reference to a hospital stay but not why. It is mentioned several times that she should remember characters or situations but doesn't. And she doesn't question more about it! I kept thinking there was going to be some huge twist to the story with it but it just kept being dragged out. There are other things, places and descriptions that I felt were too lightly glossed over. An extra sentence or two to better explain things would be nice.

Another thing I found odd was the dystopian setting mix of technology vs not. They have cell phones, can do paternity and genetic testing and altercations but don't have cars? Or even horses or something? Medicine is either Elixir or random (and forbidden) herbs. Just a very strange mixture. With the lack of description it make things very hard to visualize this world.

Overall, it is worth a quick read but I was not super impressed. Raw potential but I feel it needed more refinement. Still, it was reasonably enjoyable.

Did you enjoy writing Into Darkness?
I loved every part of writing that book. I thought about it solidly for the two years it took to write, and I was constantly coming up with ideas to make it better. The sequel however (the book I’m currently working on) has been much harder to write.

What does your family think of your writing?
I think they are quite proud. My eleven year old is desperate to read
Into Darkness but there is one scene which I don’t really want him to read (it’s not graphic, but as his parent, I don’t think it’s suitable), so I haven’t let him...yet. The rest of my family have read it, including my
Mum who doesn’t really like to read, so that must mean something good!

Where do you get ideas for your books?
Ideas usually come to me as I write. I always start with a plan in mind, but often my characters have other ideas and the scene ends up going somewhere else entirely. Sometimes I write a scene then when I’m doing something else entirely I’ll get a better idea and end up rewriting.

Have you ever hated something you wrote?
Ha! Yes, all the time! I always hate my first draft, but I try to use what I can and rewrite the bits I don’t like. When I first started writing, I thought everything I wrote was amazing...now it’s the opposite.

What are you currently working on?
I’ve almost completed the sequel to Into Darkness, and I’m also very close to completing a novella told from the point of view of one of the minor characters from both books. Once those are done, I have plans to write something with a more historic feel to it –with any luck, I’ll start on that prior to Christmas.

Hayley Barrett began writing in the aftermath of the devastating Christchurch earthquakes of 2010 and 2011 as a way of escaping from the ongoing terror of the natural disaster. Not totally happy with her efforts, in 2012 she commenced a novel writing course. Into Darkness, her first novel, is the result of the course and two years hard work.

Hayley lives in Rolleston, ten minutes south of Christchurch, New Zealand, with her husband and three children. When she isn’t driving her kids to their sports practices, games and other after school activities, she enjoys playing squash, relaxing in the sun and reading. Most days she wishes there were more hours available to spend writing.