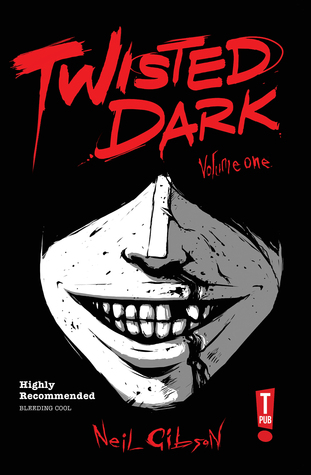 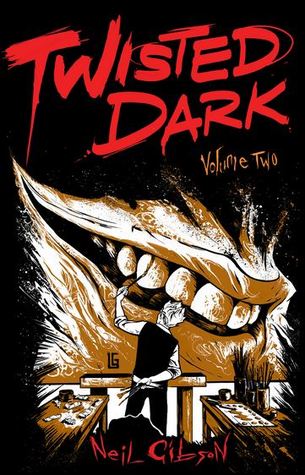 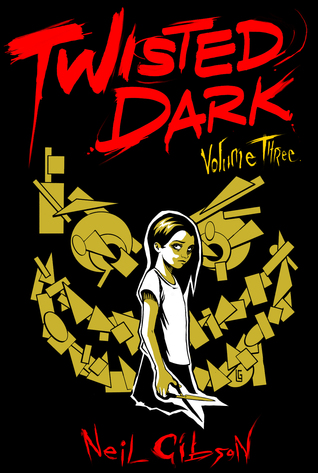 "Twisted Dark is a series of interconnected psychological thrillers, perfect for fans of twist endings and comics that reveal more on the second reading. Each story stands alone, but the more you read, the more connections you see between the characters. There are over 100 characters that appear more than once and one of the joys of reading is when you spot a reference that you know others will have missed. A rotating team of talented artists draw the stories, with each style offering something new."

From Volume 1:  "The first volume in Neil Gibson's acclaimed series of twisted tales. This 200 page book contains 12 individual and unique stories which are all related. The stories vary from 10 year old girls to Colombian drug lords and everything in between. It is left to the reader to find the connections between the stories - some connections are immediately clear whilst other connection only become clear in later volumes. This series is designed for re-reading. The author describes the genre as psychological thriller, but the books contains horror, dark (at times demented) stories incorporating every human emotion, illegal activity, and brutal reality. Using various illustrators allows each story and character to develop their own form. Twisted Dark has been embraced by the comic book world receiving critical acclaim and a cult following. If you haven’t read one yet, you don’t know what you’re missing."

I am not writing a normal review for this.  Why well, partly because I am doing 3 volumes at once.  And for another I did not finish reading these.  Before going further, I want to explain that I did not DNf due to bad story.  I DNFed due to the shading and font used for the eArc copies I was sent to read on Adobe Digital Editions.  I could not read more than 5 minutes at a time before my head started to hurt. Lots of blurriness and had to get close and squint the entire time or had to zoom in and out constantly (still blurry but less squinting).

Now being this was a specific format and an eArv I don't feel very fair to judge it.   I am hoping it was cleared up in the print editions.  I hope to one day get a hold of print copies of these to revise my opinion but until I do.....

Think about stories you read that make you go, "How can so&so do such a thing?!'  Lots of that in here.

Art is mostly bland.  Not bad just not my type.  Too much looks the same. Which is sad since there were different artists.

Overlapping characters in various stories was quite interesting.  The stories live up the the title quite well.  The twisted side of humanity peaks through at is in these tales.  Some are just a few pages others about 40 pages and everything in between.  Several tales per volume.
*I was loaned digital eArcs of these 3 volumes in exchange for a fair/honest review.  All opinions are strictly my own.