Welcome ! This is a feature that will share 3 books I have on my to-read list.  These are books I have gotten my hands on, pulled aside and are therefore my top reading choices of the moment.
My goal is to read at least one or more of them between today and the following Friday.  Books may be fiction, non-fiction, graphic novels or anything else that might by fun or interesting to read.

Update from this past week-I made it through Spellbinding, and made a nice dent into reading Yellow Crocus.  Then I became side-tracked by some other books....  So shame on me for straying from my chosen path.  Lets see if I can do better this week. 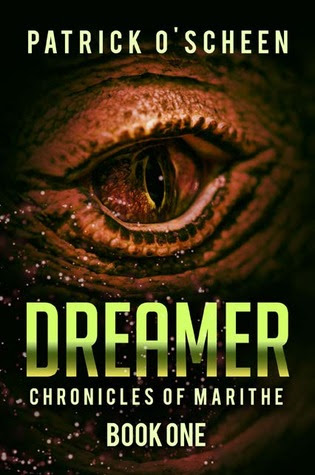 Summary: "A fantasy adventure about two gamers that step beyond their reality. Dreamer is the first book in a series that portrays life as a mixture of perspectives and realities within the world of Marithe... a place where anything can happen and often does.
The main character, Magic, struggles with a serious illness and escapes into a world of an unpredictable video game where he is transformed into a Great Red Dragon. Ultimately he must choose between love and conscience to overcome life's greatest obstacles." 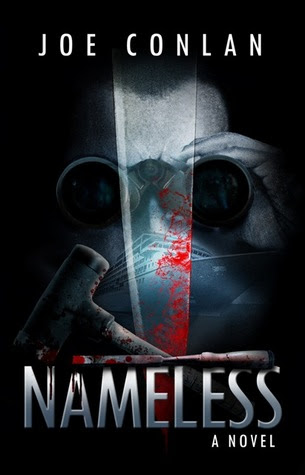 Summary: "Chilling and taut, NAMELESS, introduces a fresh and exciting twist on the deadly game of cat and mouse. By virtue of one impulsive and deeply human, but all too grave mistake, a good and decent man finds himself pitted against the embodiment of evil and threatened with losing everything and everyone he loves and values; including the pristine reputation he has endeavored all his adult life to establish. FBI Special Agent in Charge Daniel Falcone unwittingly steps onto course for a head-on collision with a frighteningly brilliant psychotic serial killer, whose harrowing childhood abuse and neglect left him devoid of humanity and salivating for revenge. Framed for a brutal murder on a commercial cruise ship, and fighting for the right to raise his sons and clear his name, Falcone races against the clock and struggles to keep his eyes on the prize, even while his profound guilt and self-loathing threaten to destroy him faster than his maniacal adversary."
░░░ ░░░ ░░░ ░░░ ░░░ ░░░ ░░░ ░░░

Summary: " Get out your tape recorders, crystals, and extra batteries-- you're about to go where our world meets the spirit world.
Psychic Kids, Paranormal State, Haunting Evidence--these and countless other television shows are making believers out of millions of people: Ghosts exist, and they're living right beside us. For centuries, individuals have been trying to prove the existence of ghosts. But without hard evidence, it's been difficult to make the case. But now as science and technology have progressed, ghost hunters have been able to use scientific means, along with more traditional psychic tools, to make their case. Photographs, video recordings, and sound recordings are all producing some amazing results.
In this new series, Ghost Huntress, meet Kendall Moorehead, a seemingly typical teen. When her family moves from Chicago to the small historical town of Radisson, Georgia, her psychic abilities awaken. She's hearing, feeling, and seeing things that seem unbelievable at first, but with the help of the town psychic, Kendall is able to come to terms with her newly emerging gift. So, together with her new BFF, Celia, Kendall forms a ghost hunting team. They've got all the latest technology. They've got Kendall for their psychic. Now they're going to clean up Radisson of its less savory spirits."
░░░ ░░░ ░░░ ░░░ ░░░ ░░░ ░░░ ░░░

So there they are.  What are you planning to read next?