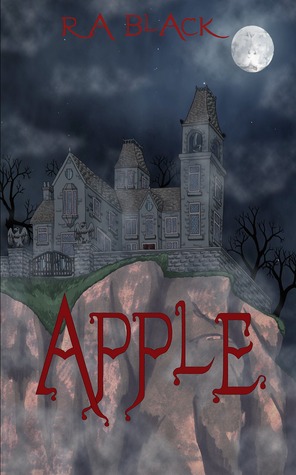 Official Summary:  "Enter a gothic story of madness and cruelty, where the bonds of sibling loyalty are tested to the grave and beyond.

High on the hill, Cavington Hall lurks like a beast surveying its territory. Spoken of in hushed whispers, it is home to Doctor Charles Cavington, last of a family cursed by genius and insanity in equal parts. It has now become home to twelve year old Apple. A run-away, she is forced into the doctor's service as payment for saving her brother's life.

While Apple struggles to cope with her loneliness and isolation, the mysteries surrounding Doctor Cavington are growing. What exactly is his interest in the two siblings? Is there any truth to his strange tales of Guardians and Reapers, ethereal figures he claims are responsible for dealing with the souls of the dead?

And what is making that thumping noise in the locked nursery at night?"

Review: I am both shocked and impressed by this book. I came in expecting a paranormal gothic tale of a young girl. I did not expect the horrific experiences she goes through. While this book is written from the eyes of a twelve year old girl, it reads for a more mature audience. This book captivates me right away and kept me there until the end. Read the whole book in just a few short hours. I hated putting it down even to get a quick bite to eat.


It starts off with farm-girl Apple (Nicknamed so by her brother) and Skye (the previously mentioned brother). Skye is very sick and they even expect him to die. While he does not die, he does not fully recover either. Unable to contribute to their already struggling family, eighteen year old Skye sets off on his one. Apple refuses to leave her brother so she follows him.

There journey is anything but pleasant but some hope is found when Apple stumbles across a doctor who takes her and Skye in and offers to help her brother in return for their services. She is even taught to read and write by him! But something in the house is wrong...very wrong...

I liked both Skye and Apple in this book. Loved their sibling relation to one another. Although I am a bit mad sick Skye dares allow his little sister to tag along when he can't even take care of himself. As for Apple, she is one perceptive 12 year old.A bit foolish at times but she is just a kid so it just makes the story more believable.

This book has a lot of dark aspects. From Cannibals, murderers and crazy doctors to ghosts and reapers! It is a short read, under 200 pages and works for a range of ages. From the mature middle grader to adults. If you are looking for a happy ending, don't read this. while it is a fitting ending, it is no fairy tale. I look forward to future books by RA Black.

*I was given a copy of this book from the author in exchange for a fair/honest review.*