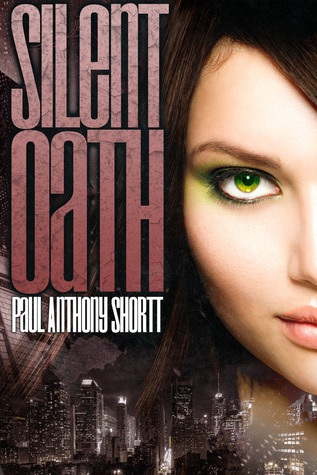 Hope has returned to New York City.  Nathan Shepard leads a small band of dedicated fighters against the council Of Chains and the cities supernatural masters.  But it's not enough.  Because from the shadows of Nathan's former lives comes an old enemy, one who knows terrible secrets that Nathan has not yet remembered, secrets that could undo everything he has fought for.

Nathan's only chance to uncover the memories of his previous existence, and to conquer these new forces of evil, lies in Elena DeSantis.  A woman he has has fought beside in past lifetimes. A woman he has loved.

Together, Nathan and Elena are the only future their city has.

While Locked Within set the stage for Nathan Shepherd's adventures, Silent Oath reveals the true scale of the forces he has to contend with. In his journey to remember his past lives, and use their power to protect New York, Nathan faces many enemies.

Among the most formiddable of Nathan's enemies is Morrigan. The Celtic goddess of magic and battle, Morrigan is potentially one of the single most powerful creatures in the world. However, Nathan learns that Morrigan, and other mythological deities like her, are not in fact gods in the true sense. They are powerful beings, yes, but each culture, throughout human history, encountered these beings and interpreted them in different ways.

Like Nathan, Morrigan has had many names in many different times. To the Greeks she was Hecate, to the Egyptians, Set. The Norse called her Loki, while it was the Celts who named her Morrigan. In all forms, she has been cunning and manipulative, obsessed with turning humans against one another and revelling in the bloody spoils. As leader of a faction called the Styx, she and her kind are devoted to conquering the mortal world.

Unlike humans, gods do not have souls, as we would understand them. They don't die, and so they never change. There is nothing to give them purpose or drive, leaving them to watch our world and feel impressions of our hopes, dreams and fears.

The one thing preventing the Styx from invading the mortal world is an ancient ritual which robs them of their physical form when they come here. Mere shades, they can only come when summoned, and while they can grant power to their loyal servants, or possess the living, they can never exert their full strength or interact directly.

Morrigan has a history with Nathan, one which he has yet to remember. When he does, and finds out what has happened between them, he'll have to face the consequences of what's happened in his past lives. 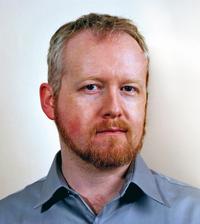 A child at heart who turned to writing and roleplaying games when there simply weren’t enough action figures to play out the stories he wanted, Paul Anthony Shortt has been writing all his life.

Growing up surrounded by music, film and theatre gave him a deep love of all forms of storytelling, each teaching him something new he could use. When not playing with the people in his head, he enjoys cooking and regular meet-ups with his gaming group.

He lives in Ireland with his wife Jen and their dogs, Pepper and Jasper. Their first child, Conor William Henry Shortt, was born on July 11th, 2011. He passed away three days later, but brought love and joy into their lives and those of their friends. The following year, Jen gave birth to twins, Amy and Erica.

Paul's first novel, Locked Within, was released on November 6th, 2012, by WiDo Publishing. Silent Oath is the second book in this urban fantasy trilogy.